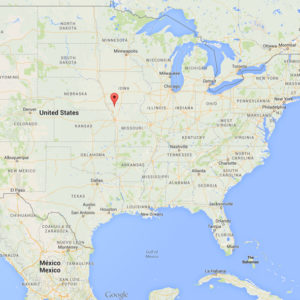 History:
The Conception Junction pallasite was discovered in 2006, but it was not until 2009, when Karl Aston became the first person to confirm the stone’s meteoric origin. A Missouri native, Aston had engaged in an ad campaign throughout parts of his home state’s farmland and positively identified the meteorite after responding to an inquiry from one of his ads – a strategy often used by the likes of Harvey Nininger and Oscar Monnig in the United States during the prior century. A chemist by education and profession, Aston has only been engaged in the meteorite arena for a handful of years. But his passion for the hobby has already led to successful field expeditions with recoveries of the Ash Creek (Texas, 2009) and Mifflin (Wisconsin, 2010) witnessed falls, among other accomplishments.

Aston soon partnered with Dave Gheesling of Georgia, to acquire the meteorite from its discoverer, a landowner who wishes to remain anonymous. In turn, Gheesling brought Robert Ward of Arizona, into the project to oversee the extensive ground hunt for additional specimens. After 16 months of searching a vast area in ever-increasing concentric circles, the effort to locate other specimens was concluded with no other pieces of the meteorite having been found. A combination of the landscape and common sense finally brought the campaign to an end. The main mass featured strong signs of orientation, which at least indicated the distinct possibility that only one stone may have reached the ground when the meteorite fall occurred.

Washington University’s Dr. Randy Korotev was the first meteoriticist to confirm the cosmic origin of the stone. However, Dr. Korotev soon recommended that UCLA’s Dr. John Wasson, the world’s leading authority on iron and pallasitic meteorites, conduct the formal classification of the Conception Junction pallasite. Dr. Wasson’s analysis soon brought him to the conclusion that “…there is no main-group pallasite that is closely related to Conception Junction. Conception Junction is unique.”

Averaging 4.5 millimeters in diameter, olivine crystals in the Conception Junction pallasite are among the smallest of all known pallasites. Given the slice thickness of approximately 3 millimeters, some two-thirds of the crystals in all specimens do not reach both sides of the slice and are therefore not translucent. Chatoyance and other characteristics in many crystals also reduce overal translucency, although crystals that do allow for the passage of light are quite beautiful when backlit.

It is anticipated that much of the 17-kilogram meteorite will be institutionally exchanged. In addition, due to cut loss from a .6 millimeter diamond wire and the specimens that will remain in the private collections of Aston, Gheesling and Ward, it is likely that only a few kilograms will be made available to the private collector community. All specimens were sliced without water and dry-polished by Marlin Cilz at the Montana Meteorite Laboratory, and with the use of proper curation methods, the Conception Junction meteorite has been quite stable for over a year as of July 2011, the date of Dr. Wasson’s submission to the Meteoritical Society’s Nomenclature Committee.